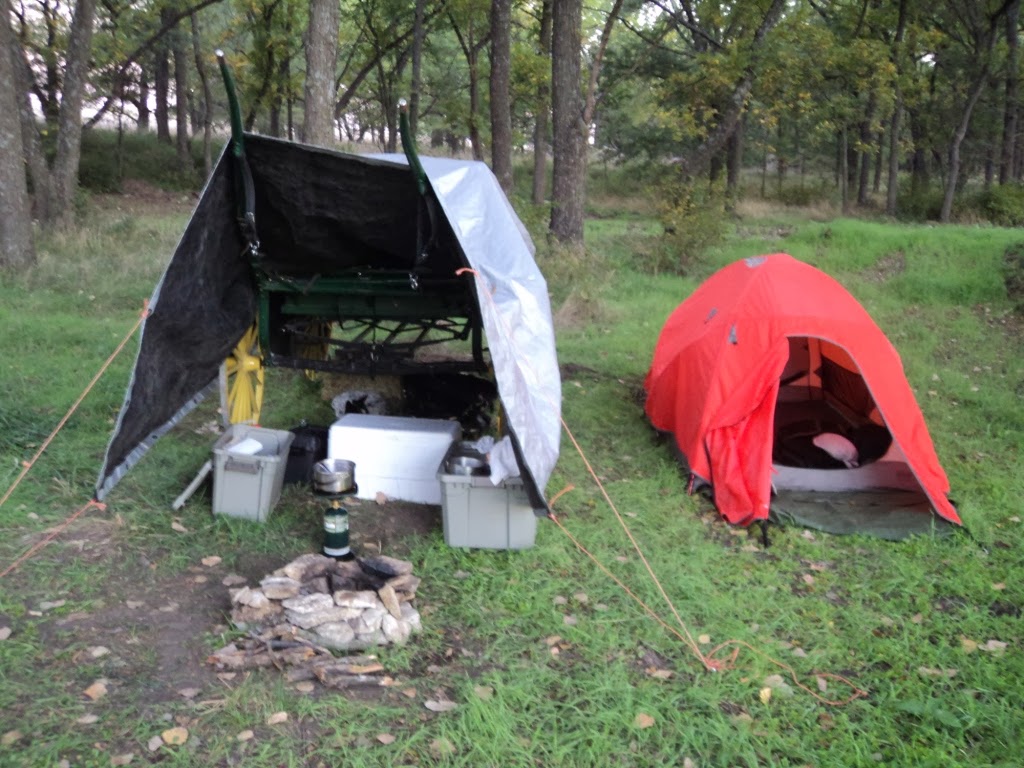 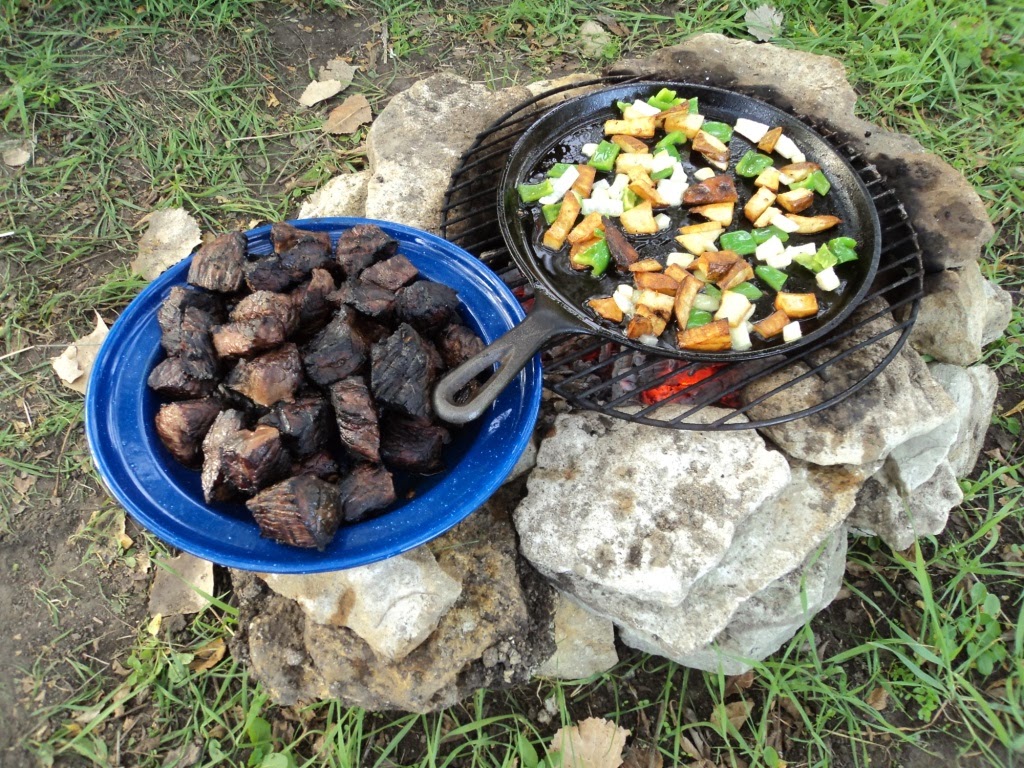 Camped beside a creek. Wagon doubled as frame for cook tent to avoid heavy morning dew and make for a dry breakfast area. That night, supper was fried potatoes, green peppers, onions, and grilled chunks of beef (most of the beef was bagged to be eaten later). Breakfast was cream of wheat with nuts and honey, plus half a green bell pepper and an orange. After packing up, the first order of business was to cross the creek, but the bridge there beside our camp was out. There was however a path where a bulldozer had gone down into the creek bed and up the far bank. We followed the bulldozer tracks down, and although the far bank was steep and high, I figured Reba would just power her way up it (I’ve had a lot of experience with her but I wasn’t expecting what happened). She started rearing and jumping like crazy! I was beside her with the lead rope, jumping myself in order not to be run over and trampled while keeping her going in a straight line to the top. With every jump, her front feet came up off the ground and her powerful back legs would thrust as she lunged forward, a huge and powerful horse, wild and intense, and then, we were at the top. Myself taken off guard, and getting over my surprise; I was impressed! A lot of horses would have balked at the bottom and refused to go, but Reba just threw herself into it! I next tied her off and walked back to pick up several items that had flown off the wagon. 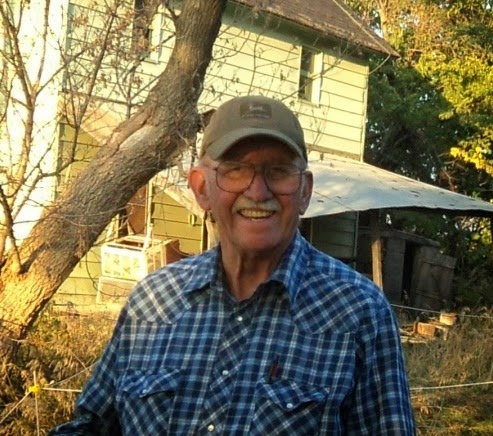 Joe gave us a great place to camp including an electrical outlet so I could charge my wagon battery for my laptop, cell phone, and camera. Joe was 80 and still farming! In fact he had been driving a combine that afternoon. We had a great conversation, lasting well over an hour. Joe showed me a miniature train he had made using a  riding mower as the base for the locomotive, along with train cars made from barrels. The train was a big hit with children at rodeos and other events.
Posted by James Sheldon at 3:18 PM