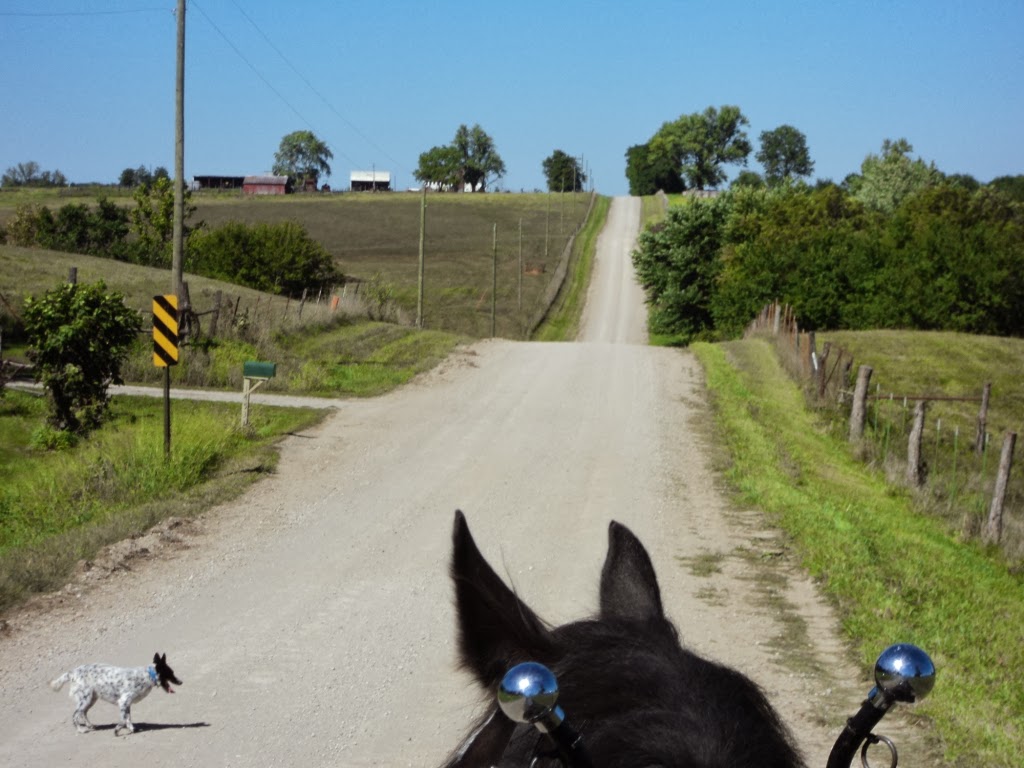 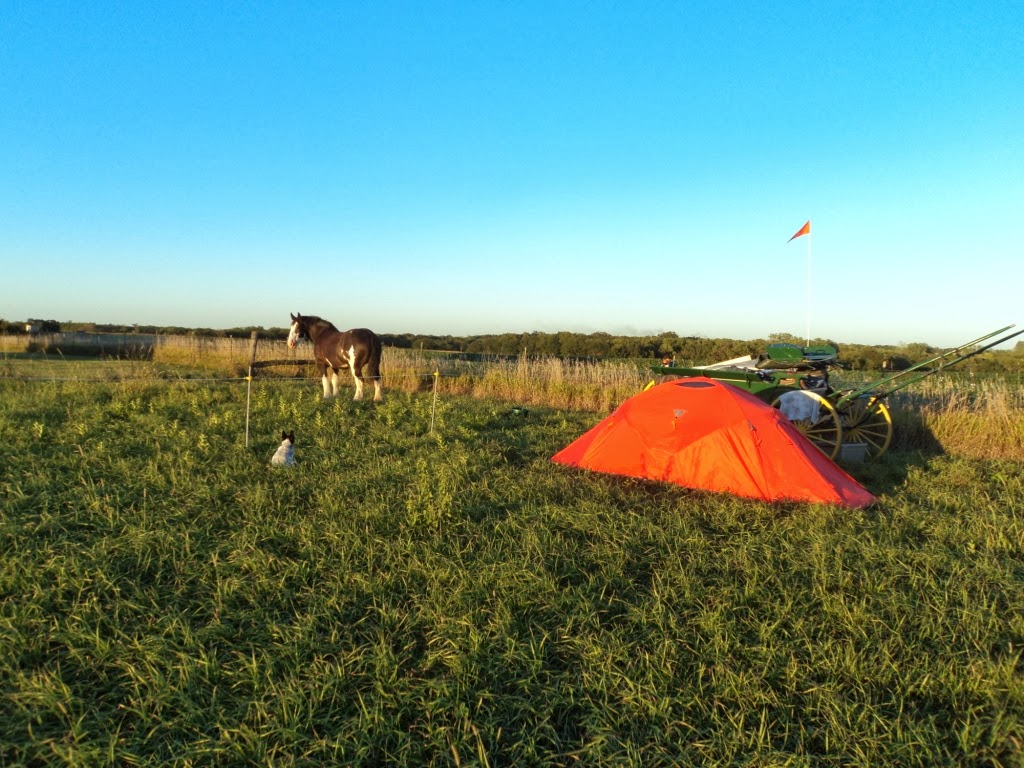 Underway with my Clydesdale horse Reba and dog Jill, a Blue Healer & Rat Terrier mix. Late in the day, we were parked in the ditch, and while giving Reba a bucket of water, I felt worried because we had no place to rest for the night. The road to this first day had been long, I had left behind much of what the world said I could not live without, and it had left me a little jaded. Like the barbwire that hemmed me on the road, my faith was hemmed in doubt. I nearly felt a fool when, in the midst of my worrying, a young lady named Renee stopped to ask if I was alright. Without hesitation, Renee pointed across the way to where her husband Ben worked in a farmyard. Renee told me to go and speak with Ben, and he would put me up for the night. Photo on right shows my campsite (click on photos to enlarge). 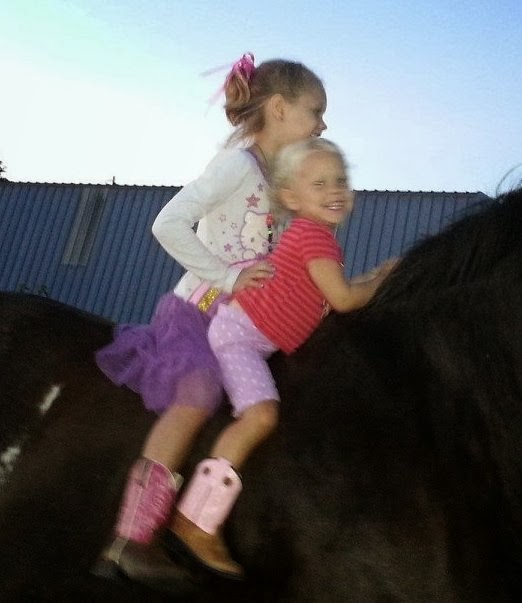 At dusk (after I had my camp setup) Ben and Renee came to visit. Renee took a photo (left) of their daughters Brooklyn and Bailey on my horse Reba, and later posted it in Facebook. Ben and Renee didn’t know me, they didn’t know I was coming, and still they came forward and gave me a place to rest. From beginning to end (day 1 to 73), folks came forward as proof that rural and small town America remains strong, not strong in a worldly way, but strong in its bond between its people. Our bond is a gift from God, given to the smallest, that we may have peace, harmony, and happiness. There is no greater gift to build on, not to build on what the world values, but to build on what God values. He values us.

Posted by James Sheldon at 7:27 AM