Up and moving at 4:30am. Thunder and lightning coming on strong from the north. Made and ate breakfast, then packed everything except Reba’s portable pen. Not yet daylight when the storm hit. Winds at 60 mile per hour with cold driving rain from the north! I crawled under the wagon and used a tarp like a space-blanket. I was so tired, I fell asleep in 2 inches of water. It was nowhere near enough sleep, but it worked out well because had I waited until after the storm to pack, I would not have been ready to go until 2pm, and that’s too late! So I got packed, God sent the needed rain for the farmers, I got some needed sleep, and after the storm passed, we were on the road by 10am. Later, I stopped and had lunch including tomatoes and cucumbers from Dorothy. Reba ate lunch by grazing the ditch (excellent grass grows in the ditch because it’s never grazed). Reba and I usually ate lunch on the road in this way.


Pioneer ruins along roads between Emmett  and Louisville. 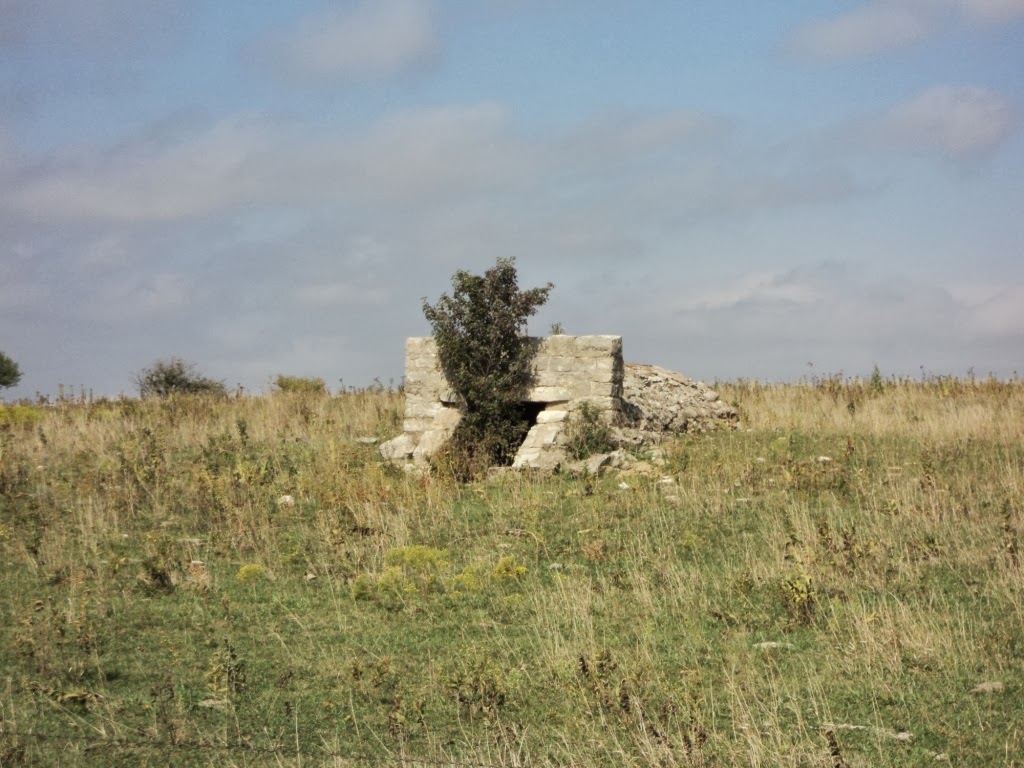 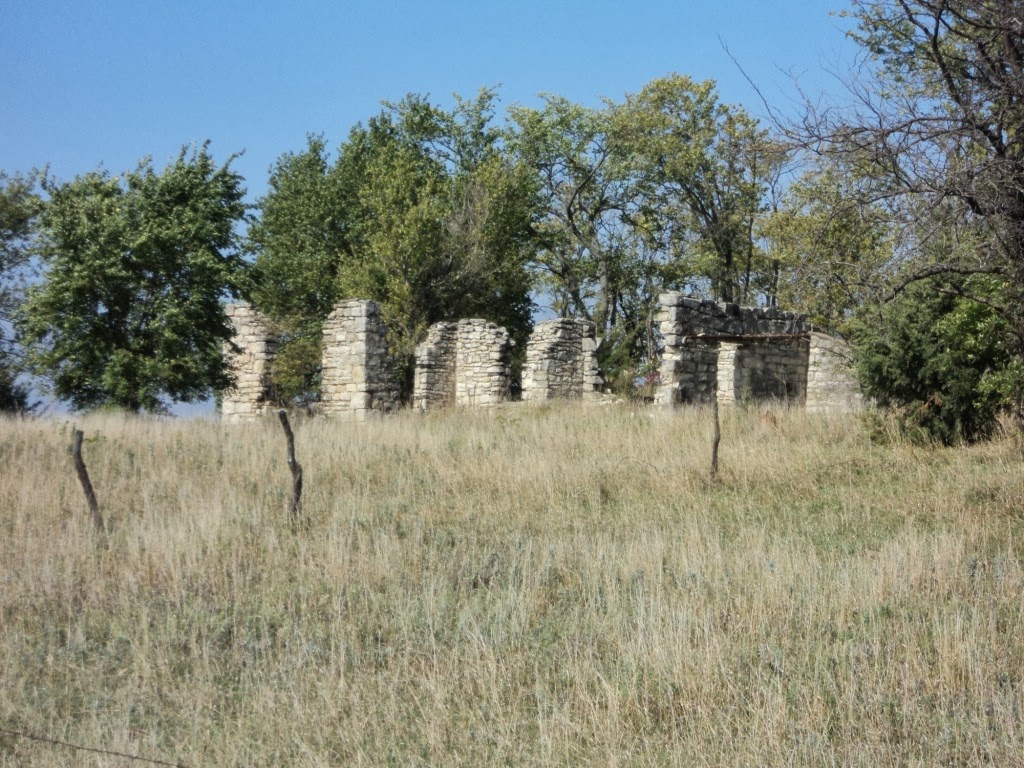 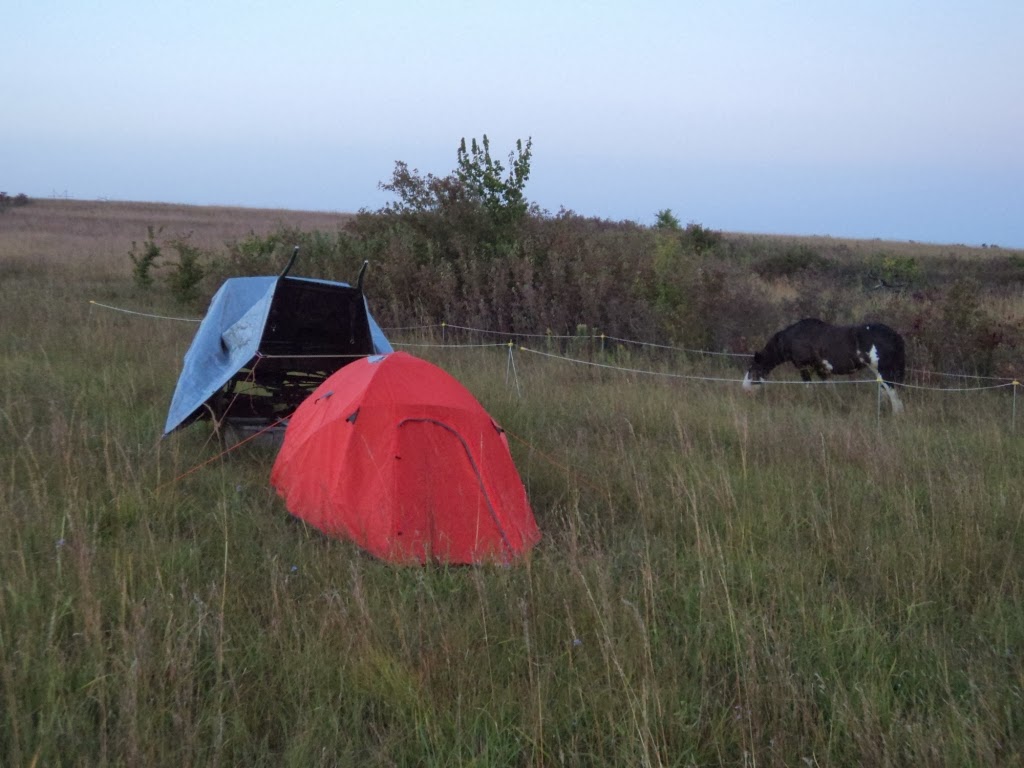 Camp 12, out in the middle of nowhere!  No farms, very few fences, just prairie. I don’t think we were supposed to be there. It was an emergency rest camp on government land. We had to stop, all three of us. Jill was limping, Reba sleep walking, and I couldn’t think straight. So we just left the road and took off across the prairie. We found some water and camped beside it. 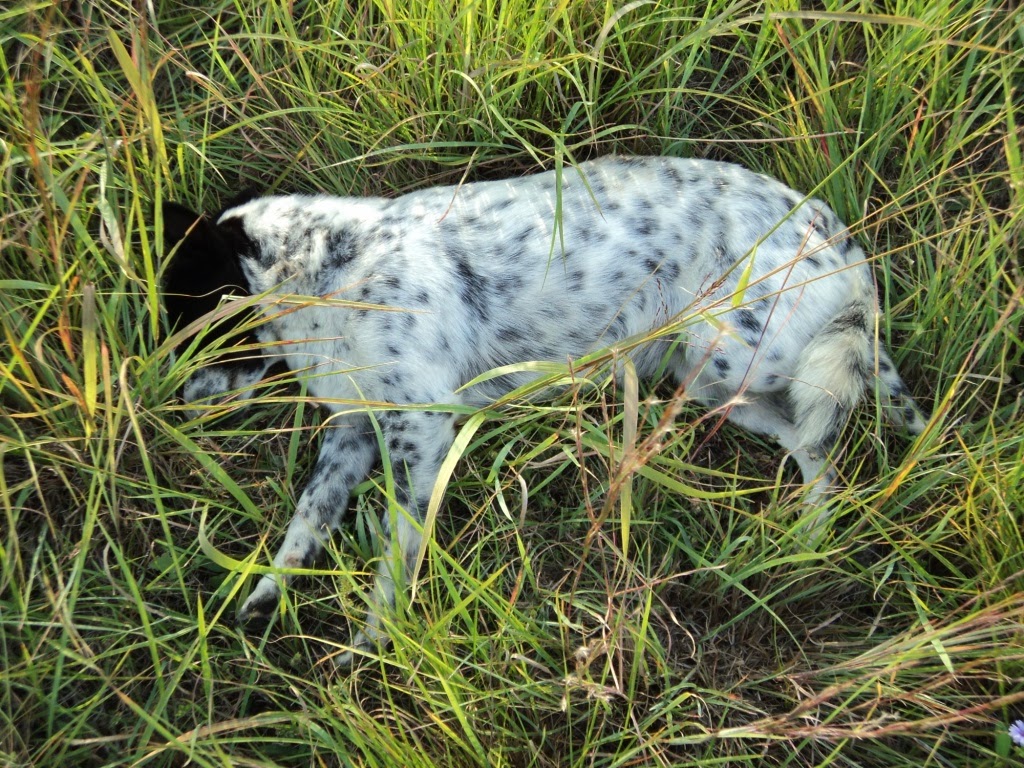 Posted by James Sheldon at 4:02 PM